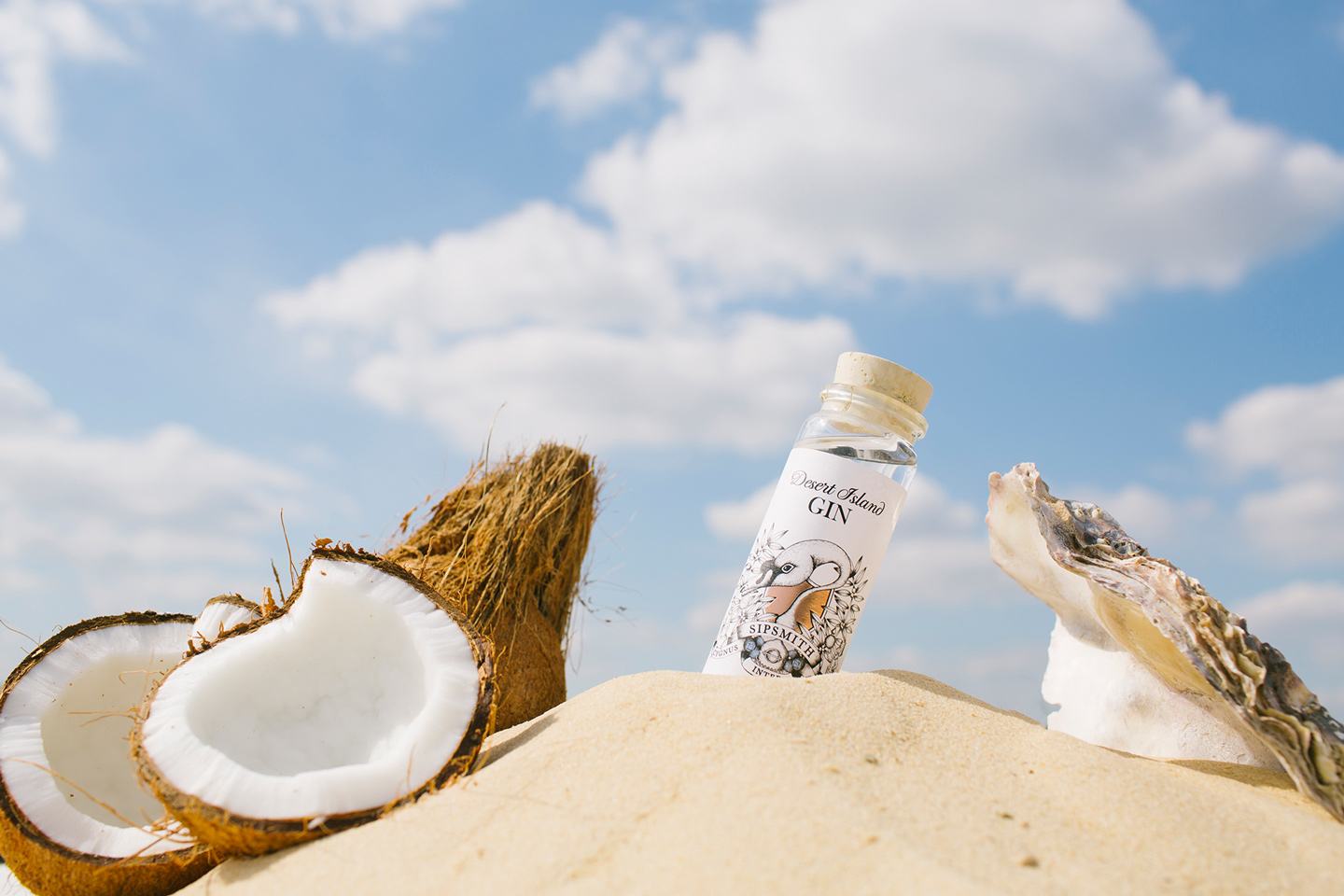 This coconut-led gin has a sweet playful character, which perfectly balances with the citrus notes from the freshly pealed lime zest. Toasting the coconut helped breakdown the natural fats, bringing out a greater depth of flavour. The lighter vanilla notes work perfectly in this tropical, summer themed gin.

We used grains of paradise, previously banned by King George III for use in malt liquid production due to it making the alcohol taste like a higher proof, which brings an element of spice and richness to our creamy Desert Island Gin. This gin also uses Tahitian vanilla; there are three different types of vanilla, Mexican, Madagascan and Tahitian. Tahitian is usually used in perfumery and is lighter and more delicate than the other two, with Mexican vanilla being slightly smokey and a lot stronger and Madagascan falling in the middle of the two.