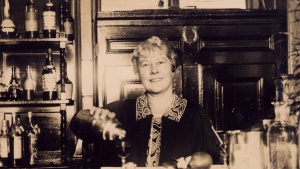 From the 19th century up to the present day, these 10 famous bartenders have had an indelible influence on cocktail culture. 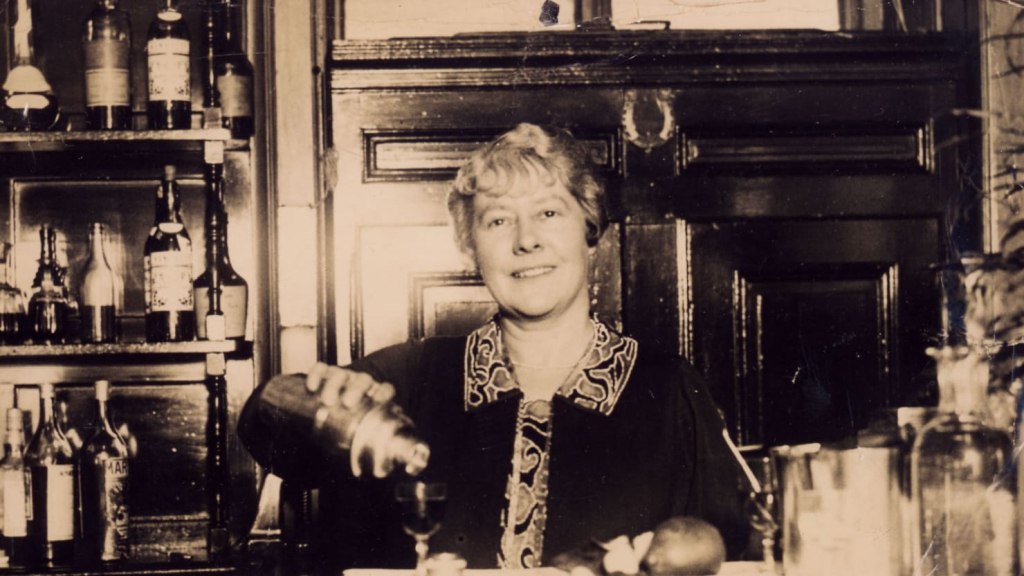 What does it take to be a great bartender? A talent behind the stick, a creative flair, and a willingness to experiment all help. But beyond making exceptional drinks, the following 10 famous bartenders have gone one step further and changed cocktail culture for the better, whether by writing essential books (like Harry Craddock), reviving speakeasy culture (like Sasha Petraske), or bringing green innovations to mixology in the modern-day (like Ryan Chetiyawardana). Once you’ve read up on their accomplishments, do make yourself a tipple to toast with.

"Professor" Jerry Thomas was one of the first celebrity bartenders. 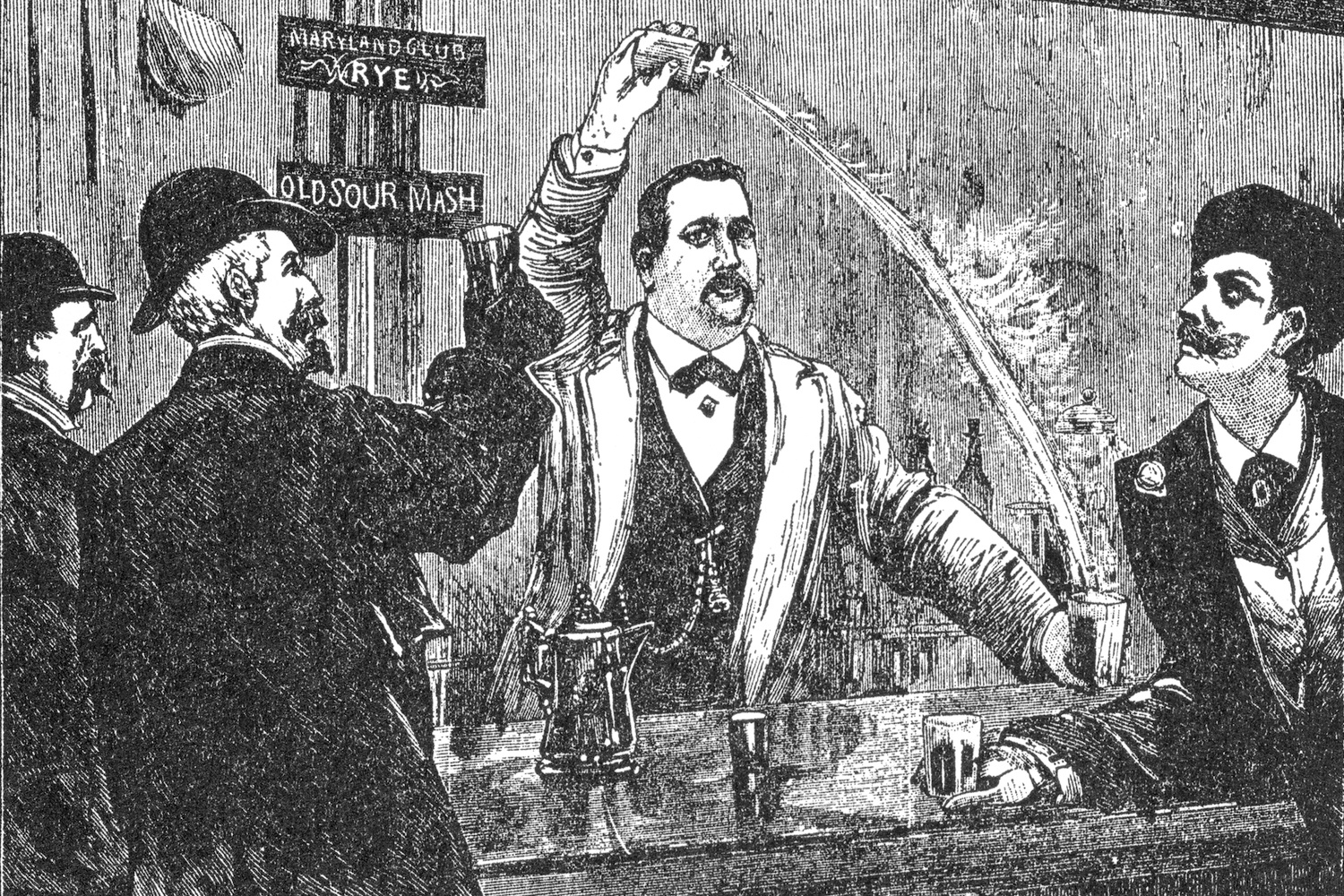 Jerry Thomas—most frequently known by his “Professor” moniker—is commonly considered the father of American mixology. His Bartenders Guide, dating to 1862, was the first such tome published in the country, and included recipes for a number of pre-Prohibition cocktails that drinkers still enjoy today. His image (he’s mostly famously depicted in an engraving that sees him pouring a flaming cocktail between two vessels) is no less memorable.

Despite its name, Harry MacElhone’s Harry’s New York Bar didn’t operate out of the Big Apple. Instead, it was ensconced around the corner from the Opéra in Paris, where it remains open to this day. During his tenure there, the Scottish-born bartender served the likes of Ernest Hemingway and Humphrey Bogart, and pioneered classic serves ranging from the White Lady to the French 75.

Known affectionately as Coley, Ada Coleman held illustrious sway over the American Bar at the Savoy at the turn of the 20th century (and is still one of only two women to have held the head bartender position). During her 23-year stint, she invented numerous cocktails—including the Hanky Panky—and trained up Harry Craddock. 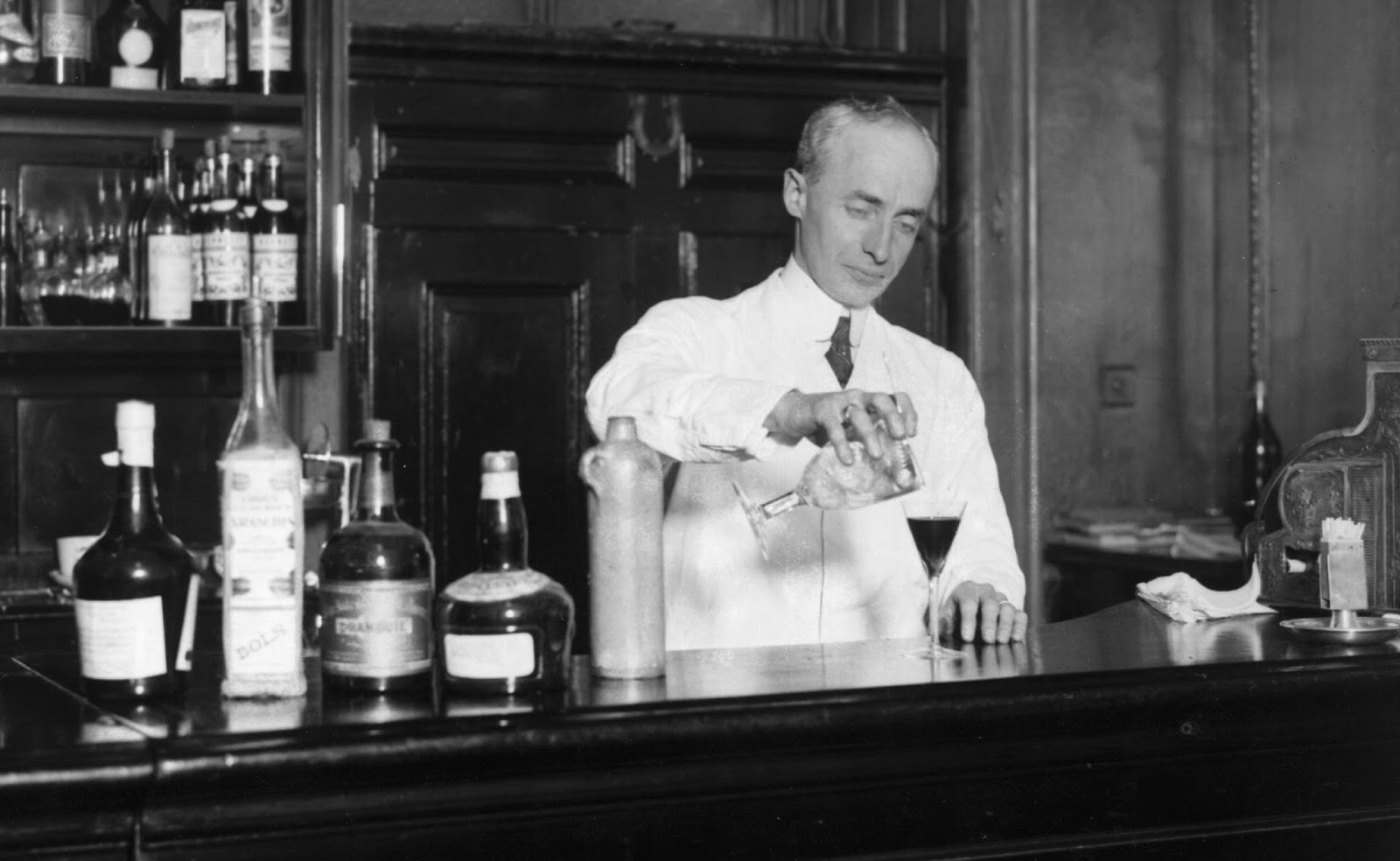 Few bartenders have had as much impact on cocktail history as Harry Craddock. The man who, reportedly, shook the very last cocktail before Prohibition went into effect in the US in 1920, Craddock later served as head bartender at the American Bar in the 1920s and 1930s. But what sealed his immortality was The Savoy Cocktail Book, which he penned in 1930, and which is still regarded as an essential reference guide for mixologists all over the world.

Following the burst of creativity that characterised bartending during the early 20th century, cocktail standards suffered a decades-long dip. In London, it lasted virtually until Dick Bradsell arrived on the scene. The father of the 1990s cocktail revival, the peripatetic bartender worked behind the stick at a number of bars around town, leaving a trail of modern classics—like the Espresso Martini and the Bramble—in his wake.

You don’t earn the nickname “King Cocktail” for nothing. Enshrined in the pantheon of famous bartenders, Dale DeGroff served as head bartender at the Rainbow Room and helped revive interest in classic cocktail culture in the 1990s. He’s also won a James Beard Award, has written two essential cocktail books, and founded the Museum of the American Cocktail, amongst other accomplishments.

While Dick Bradsell was wowing London’s drinkers, Sasha Petraske was quietly plotting the cocktail’s resurgence stateside. When his Milk & Honey opened in New York in 1999, it caused a seismic shift in global tippling culture. Drinkers moved away from candy-coloured Cosmos and towards Prohibition-era serves, speakeasy aesthetics, and artisanal ingredients.

Look to many of New York’s top cocktail bars, and you can trace them back to a common influence: Julie Reiner, who’s had a hand in opening The Flatiron Lounge, The Pegu Club, and The Clover Club, the latter of which Punch described as “arguably Brooklyn’s first proper cocktail bar” when it opened in 2008. With a nod towards the classics and a focus on hospitality, her bars remain the city’s standard-bearers.

The speakeasy-revival craze may have been born at Milk & Honey, but Jim Meehan really helped the trend grow into a full-scale phenomenon. His PDT (Please Don’t Tell) in the Lower East Side—famously accessible only through a phone booth lodged in the wall of a neighbouring hot dog restaurant—proved irresistible when it opened in 2007. The recent publication of Meehan’s Bartender Manual only cements his living-legend status.

This brings us up to the present-day. Of our current crop of talented bartenders, few are more thrilling to watch than Ryan Chetiyawardana (aka Mr Lyan). In addition to his influential London haunts like (the now-shuttered) White Lyan, Dandelyan, Super Lyan, and Cub, he’s won numerous accolades at the Tales of the Cocktail Spirited Awards, and is now pioneering the concept of sustainability in a cocktail bar setting.

< PREVIOUS
Seven Hip Cocktail Ingredients You’ll See in 2018
NEXT >
Around the World in 50 Classic Cocktails: The Arnaud